Thailand, with so many things to offer, has been always the top choice holiday destination for many travelers. From bustling modern cities to peaceful countryside villages, from lush tropical forest to sunny sandy beaches, from delicious street food to sophisticated 5 star dishes, Thailand has everything for dreaming vacations. Thai people are famously friendly; therefore, Thailand is also known as “The Land of Smiles”.

The Thai people have had a long history of welcoming foreigners to this precious kingdom as tourism has existed in Thailand for centuries, and in many ways traveling here is just as spectacular now as it was then. Northern Thailand is about touring interesting villages and impressive mountain ranges whereas in Southern Thailand you can have a real vacation on some of the most beautiful and famous beaches in the world. A holiday in Thailand is on everyone’s wish list and Aurora Travel & DMC provides something extra by combining it with tours of the surrounding countries including Vietnam, Laos and Cambodia. 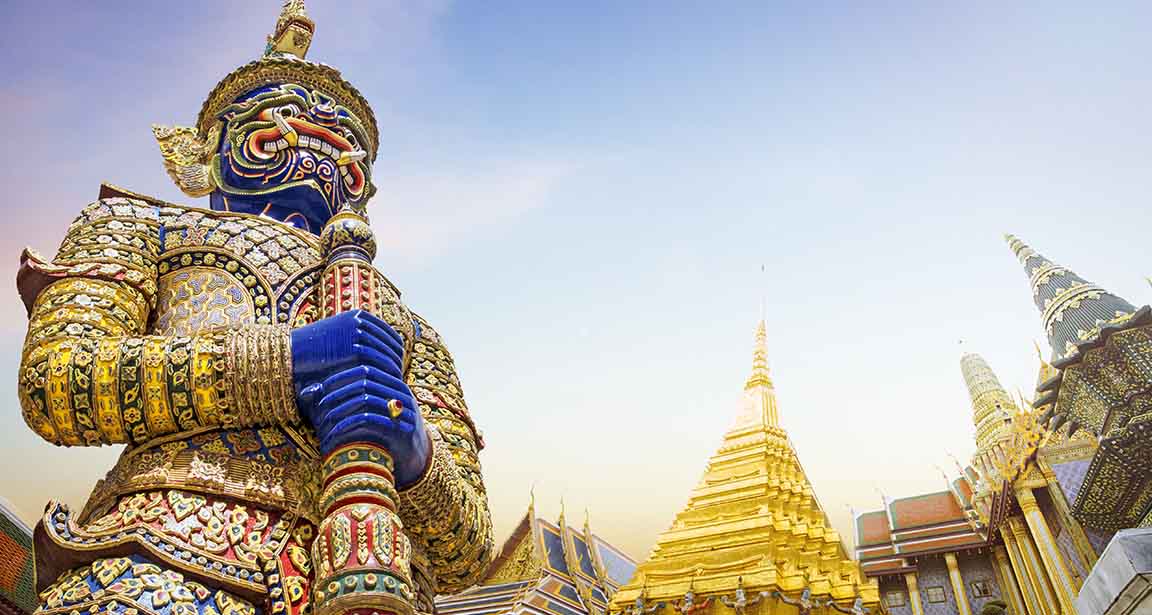 THAILAND ESSENTIALS
There are many reasons why Thailand has always been the leading destination in the Southeast Asia: the history, the fast and dynamic metropolises, the stunning beaches, the famous Thai cuisine and yet the friendly people just as its slogan “The Land Of Smiles”. This classic journey would offer a glimpse of Thailand in an amount of time. 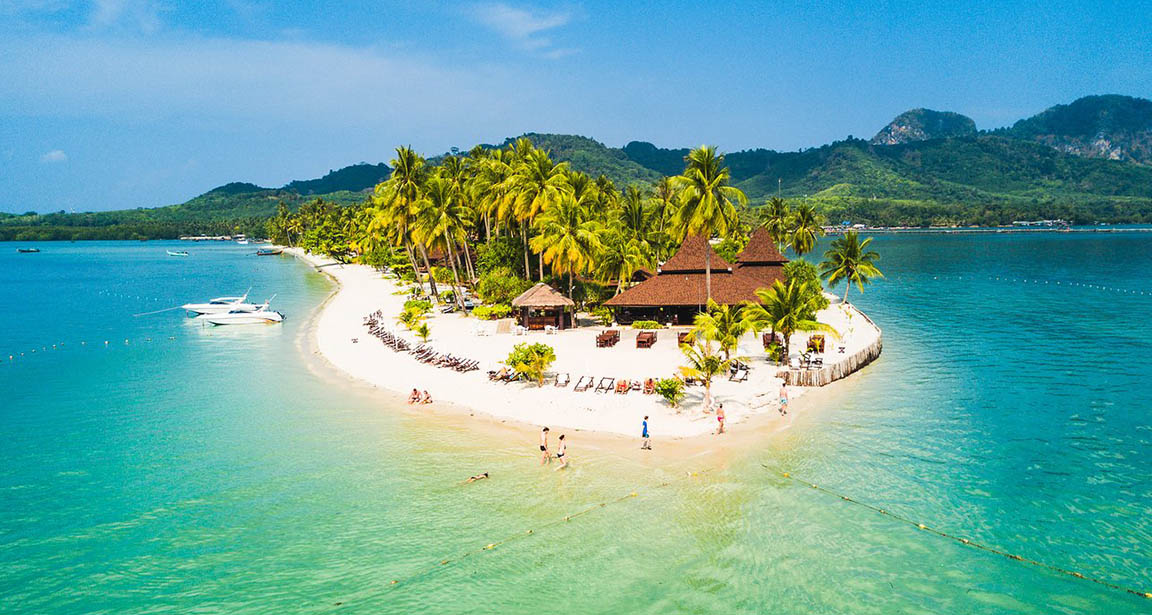 THAILAND BREATHTAKING BEACHES
Thailand has always been famous for its numerous stunning beaches and this ideal journey is specifically designed for the beach lovers. It covers most of the quiet islands in the Andaman Sea- southern Thailand: Koh Muk, Koh Kradan and Koh Ngai – those have yet to be in the tourist trail; as well as the famous Koh Phi Phi for more water sports, activities and fun. 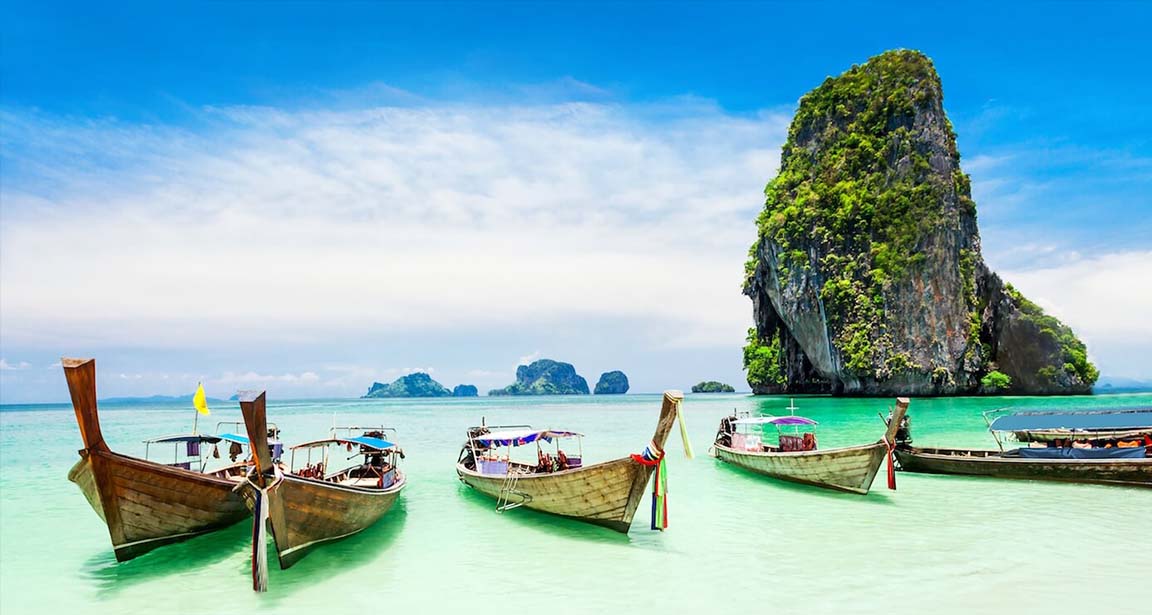 JOYFUL THAILAND & VIETNAM FAMILY TOUR
Traveling in Vietnam & Thailand with kids has never ever been boring. This 2-week package is specially designed to enable your family to explore these two countries in different ways, get your kid’s attention to the new things, enjoy the family reunion time with full of amazing and yet fun experiences. 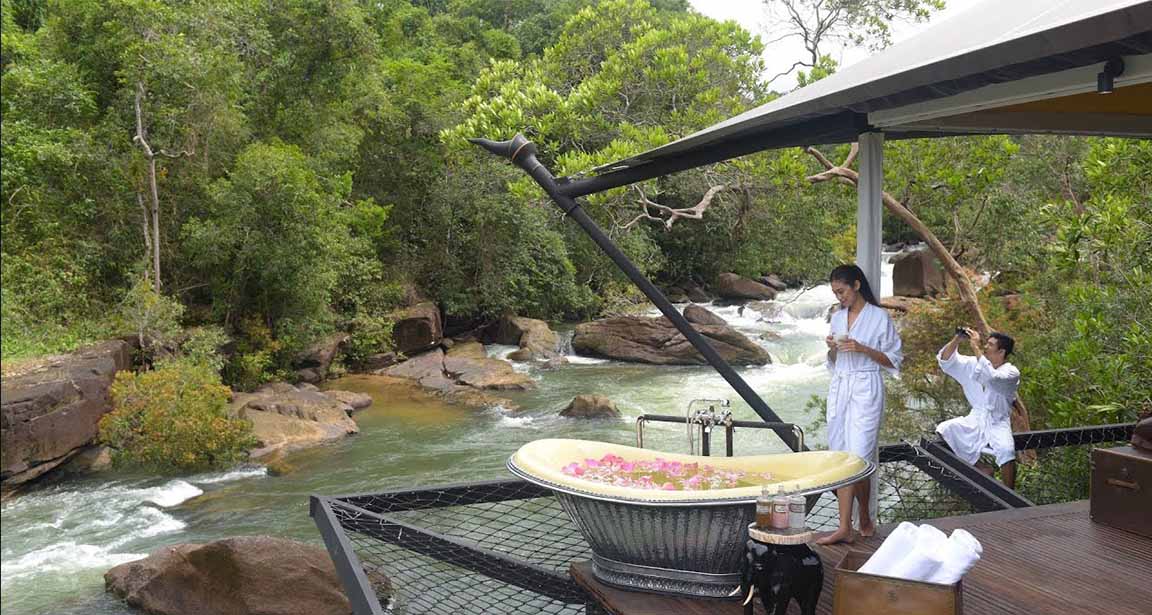 LUXURIOUS GLAMPING IN THAILAND, CAMBODIA & LAOS
For those who love being with the nature but not leaving the comfort behind, the luxury glamping would be a definite option as you still be able to dip yourself into the nature while enjoying the extensive facilities of the luxurious tents. It’s fortunate that the glamping has become popularly in the Southeast Asia lately and our special package offers you an opportunity to experience most of the best glamping spots from Cambodia, Laos to Thailand. 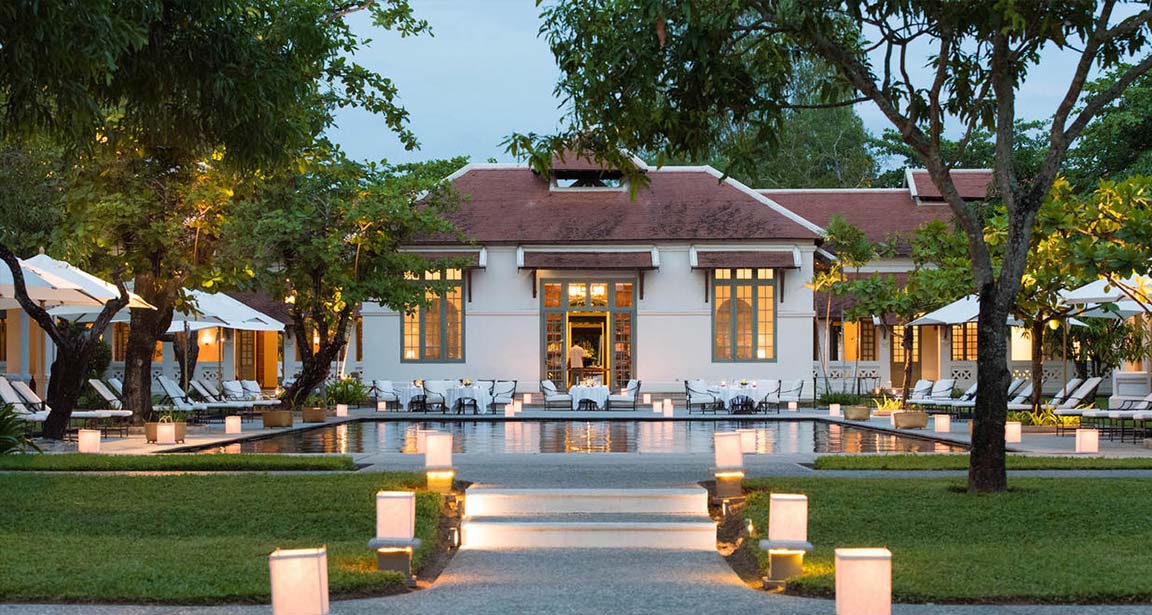 LUXURY JOURNEY WITH THE AMAN IN SOUTHEAST ASIA
Although Southeast Asia has yet to be famed for ultimate luxury, decide to take a luxury journey to this tropical area is never a mistake. This 13-day package is tailored exclusively with plenty of hand-picked top-notch experiences, & world-class accommodation with the Aman hotels throughout the journey. 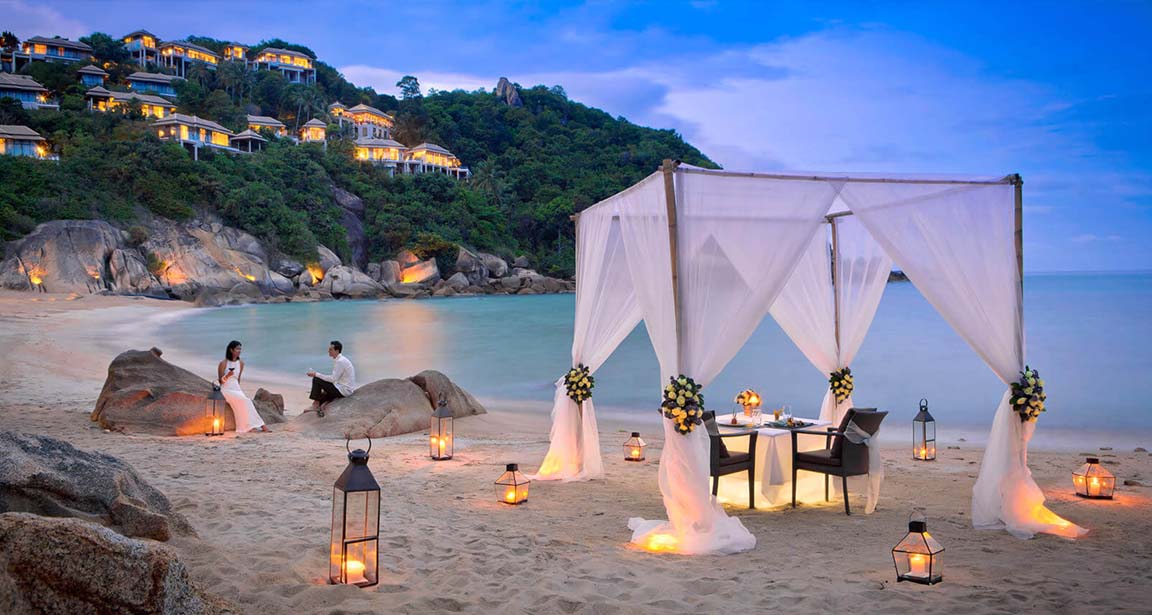 THAILAND HONEYMOON
From deserted beaches to lush rain forests, from bustling cities to spiritual retreats, Thailand is truly a place like no other. With dazzling temples, an indulgent Thai massage and a romantic sunset dinner in Bangkok; elephant encounters, a dinner cruise under the stars in Chiang Mai and especially the luxurious offerings from Six Senses Yao Noi at the end of the journey; this is just a perfect romantic escapade for adventurous culture lovers. 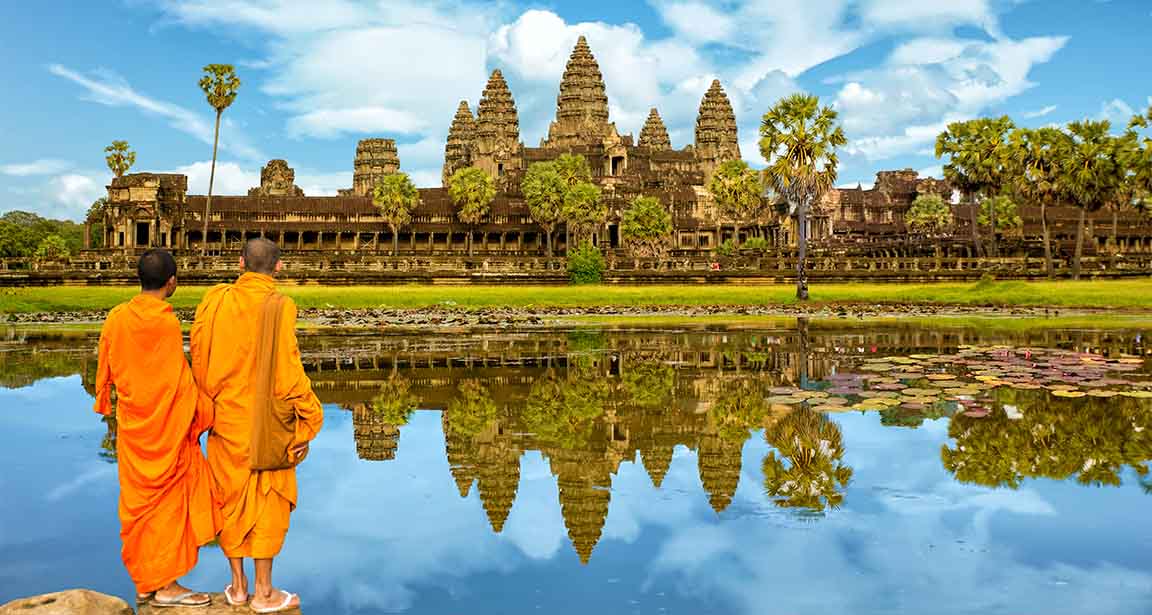 THAILAND & INDOCHINA BORDER CROSSING TOUR
Delve into the fascinating contrast of Thailand, Laos, Cambodia & Vietnam where your cultural and natural exploration will be spellbound by these four mystical countries. The package provides an ideal opportunity for those who want to discover deeply the hidden beauty of these enrich cultural countries by crossing the border without being rush. Feel the life experiences that the food, language and customs organically connect visitors to this region.
ALL TOURs 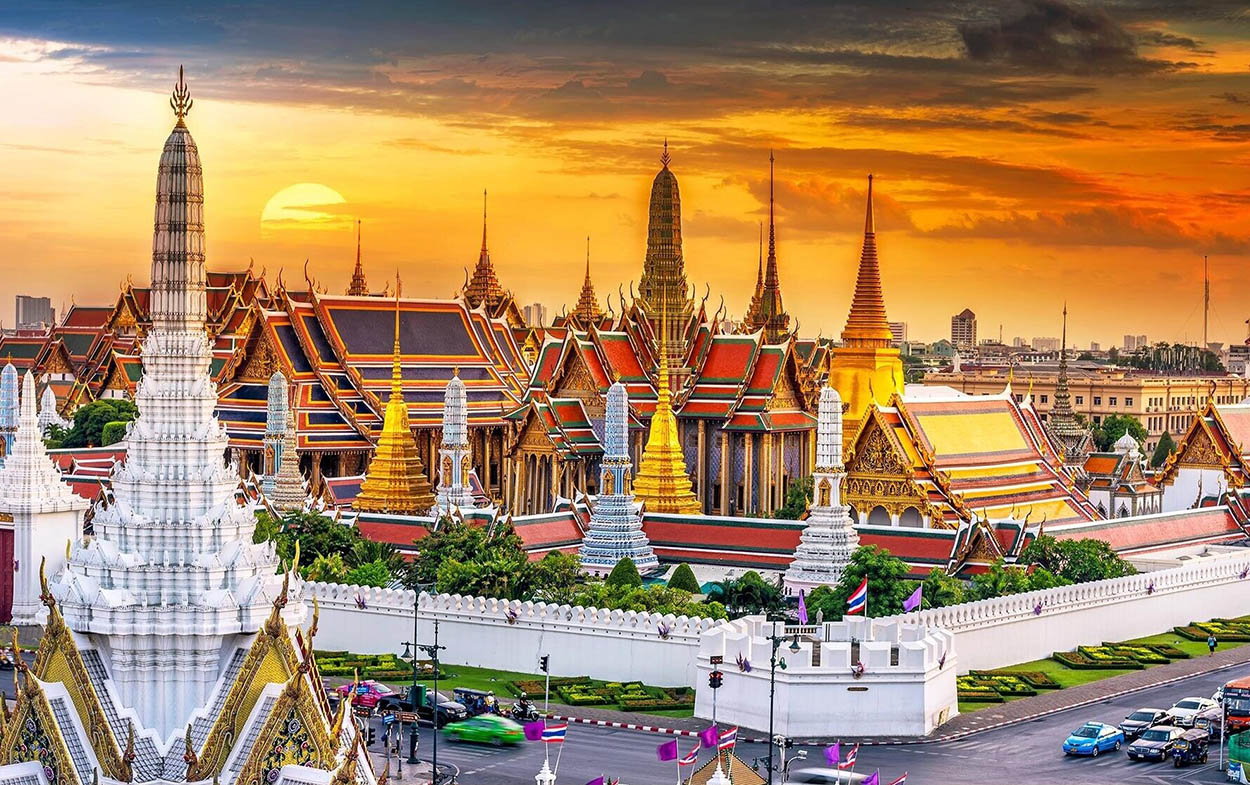 Phuket and Koh Samui are famous worldwide for its golden tropical beaches. These are also the places of world class hotels, top best beach resorts, luxury spas, upscale boutiques and high-end restaurants.  Less-touristy Krabi’s coastline is dotted with limestone cliffs and pinnacles which rise steeply out of the turquoise sea, offering endless opportunities for snorkeling, diving and rock-climbing. Bangkok can’t be missed in a trip to Thailand. It seems that this vibrant capital city never sleeps.  Located at the north of Bangkok, Kanchanaburi boasts a green getaway with mountains and rivers. Chiang Mai, surrounded by forested foothills, is blissfully calm and an ideal escape from the busy cities in the south. Chiang Rai, a peaceful neighbor of Chiang Mai, is a home of several ethnic minorities and hill tribe people living in beautiful remote villages.  Just a few kilometres from Chiang Rai town is the Not far away is the Golden Triangle, the former center of opium growing in this border area. 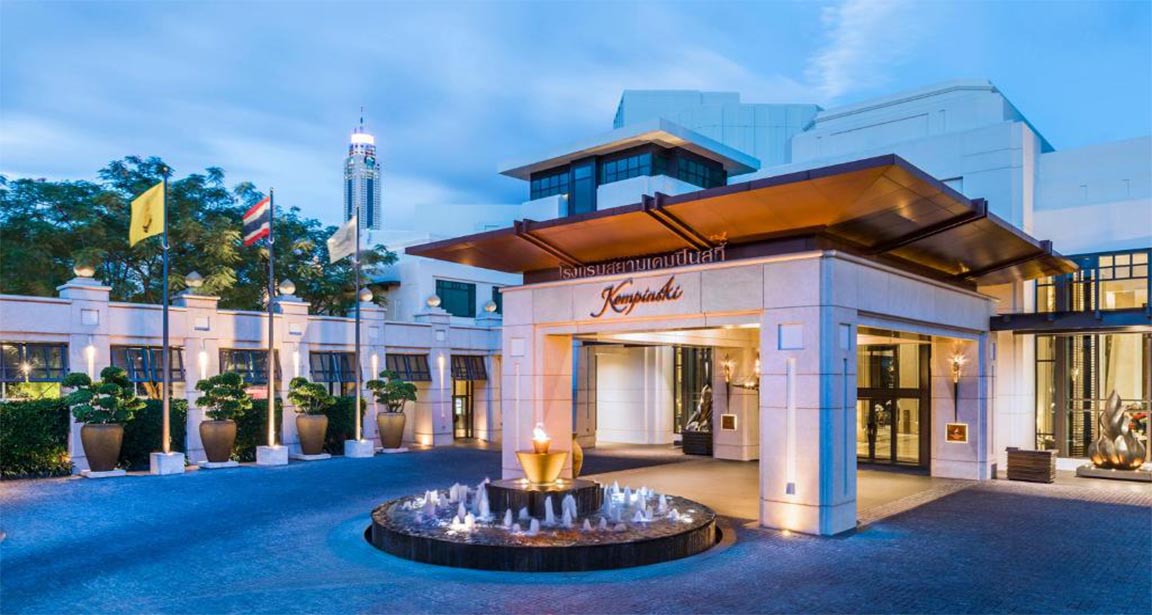 The 5-star Siam Kempinski Hotel Bangkok is ideally located for business meetings, leisure travelers and shoppers, being directly behind the popular Siam Paragon shopping mall and within easy walking distance of the Siam BTS Skytrain Station.

Well-placed in the restaurants, sightseeing area of Bangkok city, Four Seasons Hotel Bangkok at Chao Praya River provides a most conducive spot for you to take a break from your busy days. From here, guests can make the most of all that the lively city has to offer. With its convenient location, the property offers easy access to the city's must-see destinations. 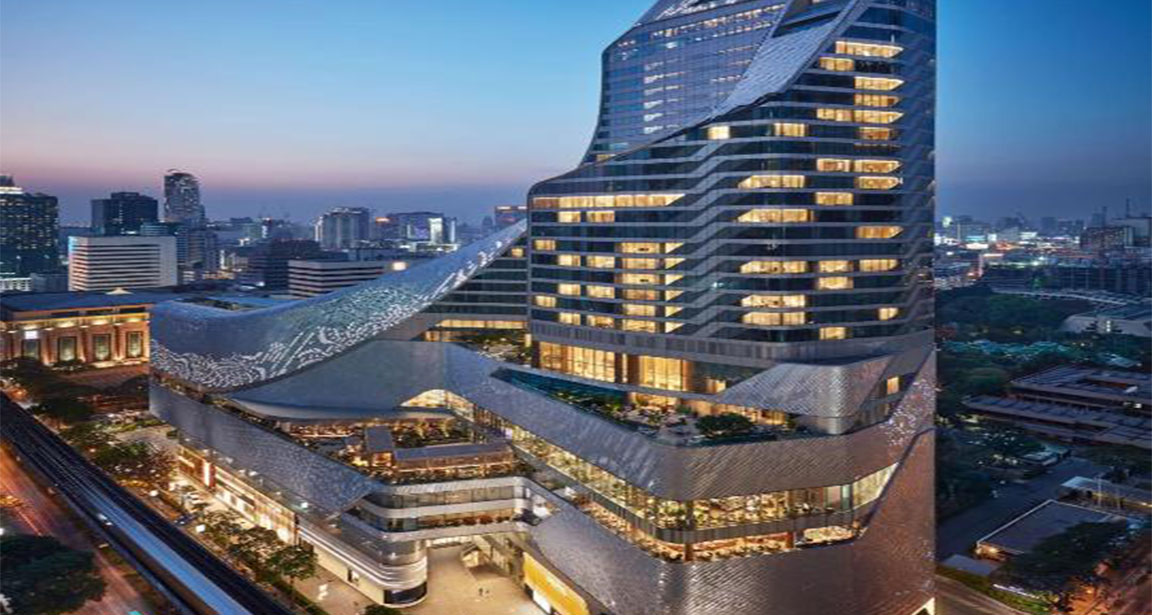 With an ideal location in the world’s most popular tourist destination, Park Hyatt Bangkok offers a refined and uniquely Thai experience for both business and leisure travelers. 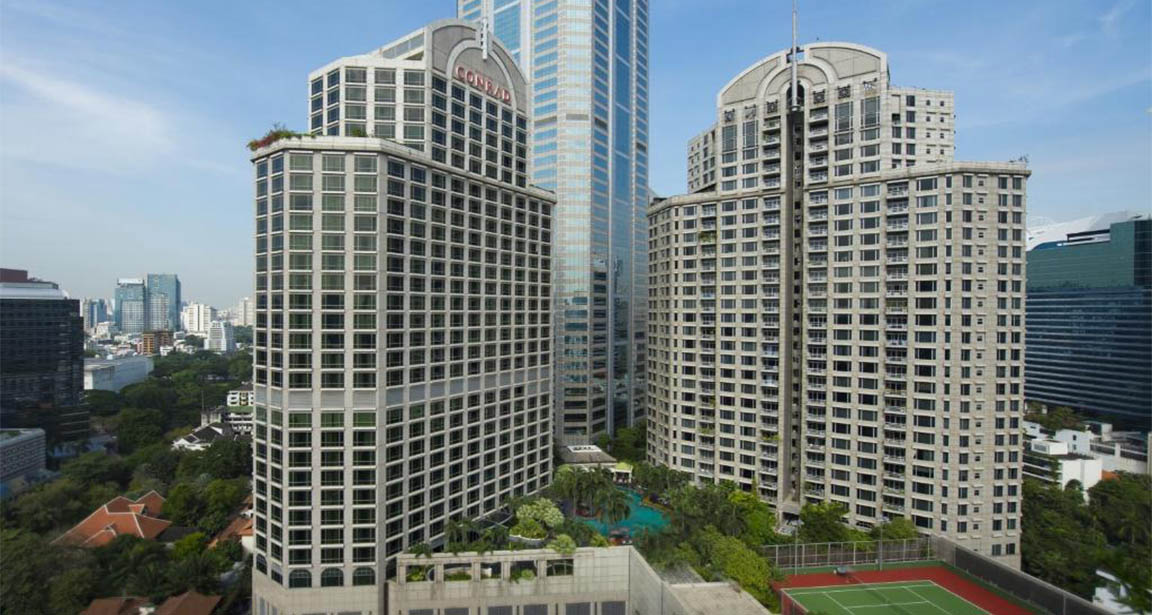 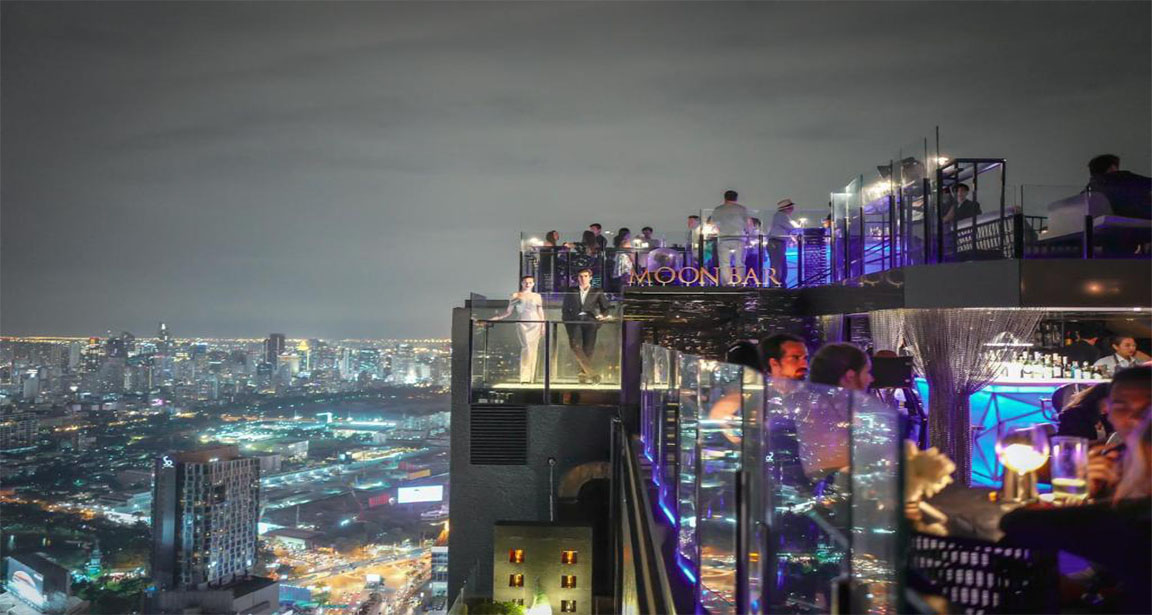 Rising high above the busy streets of Bangkok, Banyan Tree Bangkok lets you escape from the bustle of Thailand’s vibrant capital. Banyan Boasting high-quality touches that set it apart from other Bangkok luxury hotels and welcomes all who are looking for splendid accommodation, first-class facilities, warm service and a sanctuary of peace and relaxation amidst this fast paced city living.
VIEW ALL